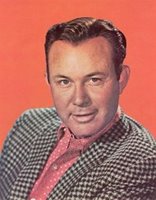 I was only a toddler when Dad's record player was stolen. Dad had amassed an extensive collection of vinyl records, but they were useless without the player. Impulsively, he gave up the priceless records to many of his colleagues. I'll never understand why on earth did he do such a thing.

Anyway, vinyls were being fast replaced by cheap cassettes. Unfortunately, the albums that were to Dad's tastes were simultaneously disappearing from music shops. And that's how Dad ended up regretting his impulsive decision.

We had an AIWA cassette recorder and a few worthless cassettes those days. One major advantage was that you could now make audio recordings of whatever appealed to you. Dad knew full well by now that expecting his beloved albums and compilations to reappear in their cassette incarnate was very unlikely. So he embarked on retracing the vinyls he had given up and making audio recordings.

There was much disappointment along the way and most of the records were untraceable. The ones that were hadn't been treated well by their foster owners. Scratches had ruined most of the tracks and the high noise-factor rendered most of them useless. Still, Dad was obstinate enough and managed to record from two of the vinyls (if memory serves me right).

Jim Reeves was one of the rescued artists. The noise was a great source of annoyance, but luckily the music wasn't all lost. Didi (my sister) & I went on to become ardent devotees of Gentleman Jim in a few years. We would spend hours on end carefully listening to the lyrics and uttering words of wonderment. What won us over completely was Reeves's hauntingly rich and flawless voice. To this day he remains my favorite vocalist of all time. I was so enamored, I even tried recording my own crooning of some of his songs! Childish folly they were.

All that was a long time back. The cassette perished somewhere and I had other things to think about. The music industry changed drastically, especially in the way we listen to music. The internet heralded a new era of listening pleasure no longer at the mercy of the local stockist. You could download a lot of music for free, both legally and illegally. P2P technology started giving media barons nightmares with no antidote in sight. Music proliferated like crazy, much to the liking of people like me whose tastes aren't readily satiated by what's usually available in the stores.

I've been discovering some great forms of music I've never heard before. But what's even better is that I'm rediscovering long lost music, amongst them some tracks by Reeves I used to so fondly hum along as a kid. I've spent much of today recalling how Reeves's songs would echo in our living room while I sat spellbound by his magic. It has been a fascinating trip down memory lane.

I'm rebuilding Dad's lost archive. And I'm loving every moment of it. Wait till I tell didi!

Anonymous said…
unforgotten classics ,that u caugh hold off , its not fastion its unchanging essence dat would nv lose its utility 4 u.
Monday, November 06, 2006 8:06:00 PM