The one great joy that every summer vacation visit to Kolkata brought, when I was a kid, was TV. Granddad’s B&W TV was an engrossing device and I could spend hours glued to the screen without a care in the world. Though the visits to Kolkata were to ostensibly renew familial bonds, my agenda was shamelessly laid bare for all to see. Thankfully, no one seemed to mind.

Doordarshan, the state-run national television channel, used to air wonderful late night flicks in those days. Now I don’t quiet remember if the credit goes to DD or leaked Bangladeshi state television airwaves, but one of the late night movies I got to see was The Time Machine, by H.G.Wells. The name sounded futuristic – just as I liked – and I was all agog to watch it.

Watch I did, but the movie scared the hell out of me. So petrified was I that even after transmission ended I was too scared to get up from the couch and switch off the set. To make matters worse, I was all alone in the room as everyone else had already called it a day. The door right next to the TV opened to a dark aisle connecting to a bedroom, a verandah and the exit gate. I imagined ghosts ambushing me.

Mustering all my courage, I finally did manage to switch off the set and go to bed. I guess I must have spent a sleepless night.  A few years later, I bought the book and thoroughly enjoyed reading it. There were no ghosts this time, only fascination at time travel.

I downloaded the movie a couple of days ago and converted it to .mp4 before transferring it to my iPod. I’m looking forward to it!

I found headphones (this also implies earphones) very amusing. Why would man come up with yet another useless product that essentially miniaturized speakers far enough to make them as small as or smaller than the ear? Why would some selfish creature keep his music to himself and not share it with the world? Why would someone like wires to seemingly jut out of his head. Why would someone bother to carry the weight of a silly contraption over his head? Wanna look geeky perhaps, hmmm?

I somewhat tested the waters when I chanced upon a cheap earphone costing just Rs.5. Though a 1-ear experience hardly suffices, it was more than enough for what my begged money could buy. I found it amazing that I could finally listen to music and float around in my imaginary world without bothering didi studying next to me. So headphones aren’t entirely useless, I thought. I was far from convinced though.

How amazing a conventional pair of headphones could possibly sound was yet another serendipity. I had two transistor radios under my ephemeral possession. Tinkering with them once, I tuned into the same radio station and placed myself between them. The aural experience was wonderfully spacial. That was it, I had to defect to the other side and try a pair of headphones myself.

That’s how I ended up buying my first pair of ‘conventional’ headphones, costing me all of Rs.40. There was only one problem: the jack had a stereo pin, while our Aiwa cassette player was mono. Sound was emanating from just one side. In popped Ghosh Babu, dad’s trusted audiophile. He replaced the stereo jack for a mono and my aural world was restored.

Since then, I’ve had affairs with innumerable headphones as technology marched in leaps and bounds. Mono gave way to stereo, cassette to CD, raw to compressed and localized to networked. My newest pair arrived today. Its noise-cancellation is so effective, I can’t hear anything extraneous as I listen to a violin sonata by Bela Bartok in FLAC.

Addendum: This has been my first ‘long’ post in, what feels like, more than a century. I feel all revved up now! Glaring fissures remain, but I’m healing. Blogging is therapeutic, I’m convinced.
;-) 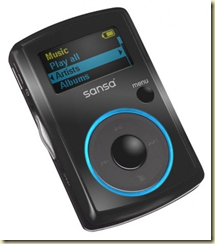 The newest member of our family. Best of all, it plays FLAC- the format of choice for classical music aficionados.

The earphones disappoint- which expedited the order I placed yesterday: Creative Labs EP-630/A. With my iPod earphones already busted, the order had to happen anyway.

This babe reigns supreme over my heart! I’m just tinkering with the rudiments of JavaScript. So dear pictured lady, please don’t get carried away! ;)

Inspired by The Boston Globe.

When the heart is switched off

I blog straight from the heart, the direct dil se way – as Siddharth put it a few years ago. I didn’t realize it then but now I do.

These are such tumultuous times that I’ve had to stop listening to my heart to keep from being adversely affected. An ill-consequence has been the abrupt silencing of my beloved blog. My thoughts are out of order and vastly incoherent - mark the semantic leap from the previous sentence and you’ll know!

I hope I’m able to tide over these difficult times soon…’coz I sure miss my blog.