Something to make me happy 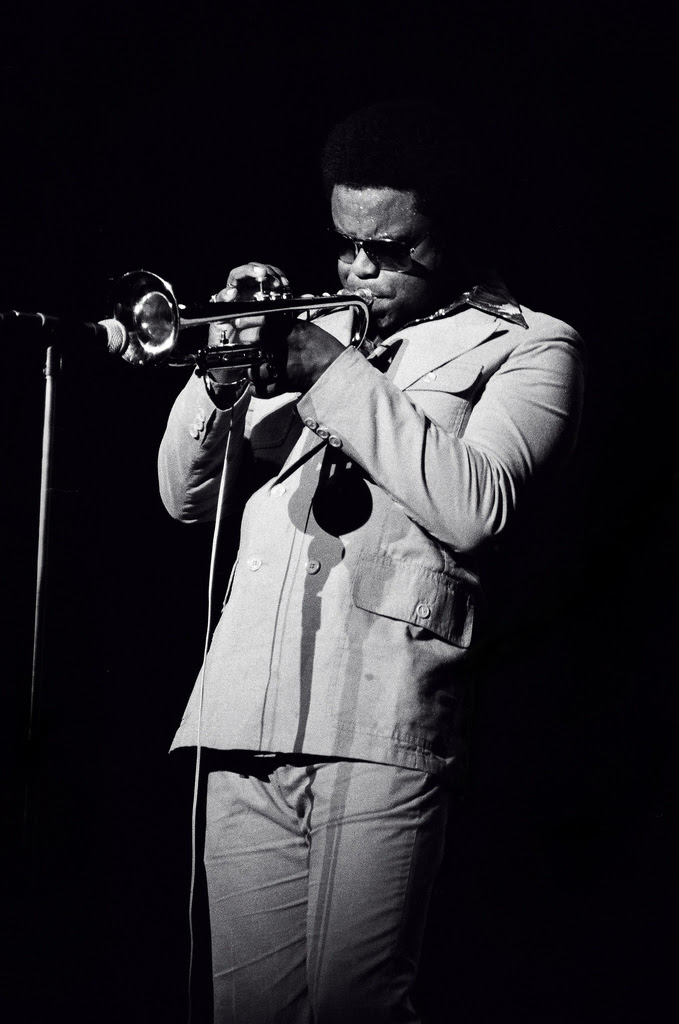 It’s indeed very sad. I never paid much attention to Hubbard as a solo artist. Indeed, most of my recollection of his playing is owed to his role as an accompanist in the Blue Note compilations I managed to buy from Kolkata.

I hope to make up for sidelining him. Anyway, the trumpet is so dominated by Davis and Armstrong, a distraction is urgently needed.

It was such a dreadful experience, I don’t even have the heart to write about it. Yet, it provides me with all the substance my blog has been conspicuously lacking of late.

It’s undeniably true that I’m lazy. The price I paid this time around is all too much for me to forget. I wish I had invested a little effort in chalking out the details.

I didn’t bother to get my luggage ready on Sunday. I hurried through the chore only on Monday morning, losing precious time in the process. I hadn’t even withdrawn enough cash from the ATM the night before. So after the packing, I dashed for the ICICI ATM, but it wouldn’t accept my HDFC Bank card. Great! Just what I needed. The lessons were flowing in already. I hurried to Canara Bank and its ATM, luckily, didn’t disappoint.

I returned home, picked my luggage and hurried my way out, took an auto to the KSRTC stand at Majestic and enquired – only to be told (it was 11AM by then) that the next available bus to Chennai was at 1PM. The trip would take a good 8 hours…too late for my 9PM flight to Kolkata. The 11AM bus was already full.

I took an auto again, this time to the railway station, though it was just a stone’s throw away. I guess I was to panicked to think rationally. The rickshaw, having discovered yet another hapless passenger in me, asked for Rs.20 – I had lost the urge to haggle by then. The drama at the railway station was to soon unfold.

I had already been told by someone earlier that the train would take 6 hours to Chennai. I frantically bought a current ticket but didn’t know which was the next available train. I asked at the enquiry – and was told that my train would leave at 2PM and reach Chennai at 8:20PM. Now, this couldn’t be happening to me. I was running out of options.

Hobson’s choice to the rescue: I took a cab to the airport – the ride costing me a cool Rs.1000. I bought a Kingfisher ticket to Chennai for around Rs3.7K. The flight was scheduled at 3:40PM, the trip to Chennai would take exactly an hour – which seemed rather odd to me since the Chennai-Kolkata trip would take 2 hours.

Chennai airport is located in a very picturesque location. My wait wasn’t long, especially since I was famished and spent some time at the airport restaurant. The trip to Kolkata went fine. My few days there was very hectic.

I returned to Bangalore this morning. 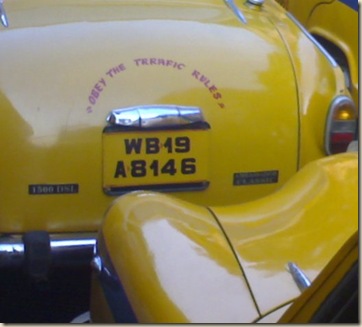 A sight in Kolkata

In the airport restaurant @ Chennai 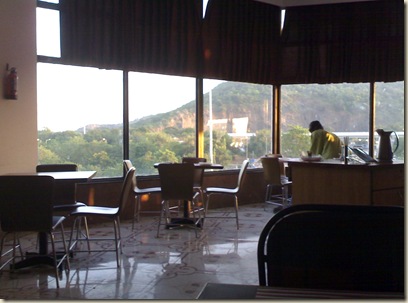 The sight was stunning - almost made the city look like a hill station.

Bangalore is poorly connected via rail and air to the metropolitan cities. While it’s easy to get a Delhi-Howrah rail ticket, Bangalore-Howrah tickets are scarce. The same goes for air tickets as well. Consequently, instead of buying a Bangalore-Howrah air ticket for tomorrow, I settled for Chennai as the source city, thereby saving Rs.2k.

The only headache now is to travel from Bangalore to Chennai. I might take the bus…just for some adventure.

It’s time to listen to this man. I have fond memories of his ghazals.

Mom is in hospital again

I really don’t know how long I can drag on like this. I guess it’s time to resign to fate and wish adieu to the good life once and for all.

Wish I could pour my heart out. When I do it one day, the flood will stun the world.

Even an over-ebullient optimist won’t mistake the title for a compliment to the waning year. What a horrible year 2008 was! I think the economy is to blame for the gloom that set in the world over. The domino effect affected all walks of life and news has seldom been as bad. People have committed suicides, murders, robberies, kidnappings, extortions, evictions, embezzlements and countless other misdeeds – all to tide over the miseries brought forth by diminishing funds.

Things are so sombre, not much is expected from the next year either. In most cases, people are simply bracing themselves for the worst. I just hope we’ll see an upswing, even the tiniest hint will do.

A long abeyance had been unusual to my blog…until now. Part of the cause is voluntary (a lot of self-swearing to slow-down was evident) and part necessary. A jaunt to New Delhi was what made it the latter.

I visited the national capital last week (& returned today) for the 2nd time in 6 years. Though I would have preferred putting up at the famous Kali Bari straight away, I got slightly adventurous and decided to try my luck at a cheap hotel in Pahargunj. It was a decision I would deeply regret. Pahargunj is the dingiest, craziest, dirtiest, filthiest, noisiest and gloomiest market I’ve ever seen. The hotel where I put up for 24 hrs had a highly vociferous manager who apparently could do without any sleep at night when his voice was equally loud and redundant. Pahargunj is frequented by many foreigners – probably competing against each other as the ultimate test of resilience. What struck me most on the morning I made the fateful decision to be lodged in hell was the sight of a dozen motionless bovines right in the middle of a dingy chowk, perhaps collectively admiring the human race for living in conditions fit for hogs.

I shifted base to Kali Bari on Mandir Marg the next day, and life instantly became a lot less traumatic and more pleasant. Over the next few days I met some very interesting people, including a bong family that bore a strong resemblance with the Raddis in Pune. Madhumati di was undoubtedly the most stunningly beautiful and graceful middle-aged bong I’ve ever seen. In her husband I discovered a fellow jazz enthusiast, thanks to the ringtone on his mobile!

I also had my first experience of having a shave by a roadside barber! The venue was under a tree on Mandir Marg, bang opposite to Kali Bari and it cost me all of Rs5.00, which was the cheapest service I could avail in the city. Auto fare was seldom decided by the electronic meter - the driver simply quoted any amount that suited his fancy. When I had last visited the city, these folks were on strike against a government ruling to fix electronic meters (which couldn’t be tampered with like their mechanical counterparts). Apparently the government won the battle, but lost the war to human greed and unionism.

The return trip was nowhere as comfortable as the Rajdhani Express. It took a staggering 41 hours, the train (Kongu Express)was dirty right from the start and my coach was infested with cockroaches and at least one mouse that nibbled twice at my feet. People added their own filth, a juicy magazine (Manohar Kahaniyan) was widely circulated and I killed time on my Reader’s Digest. I spotted Venus and Jupiter in the West. 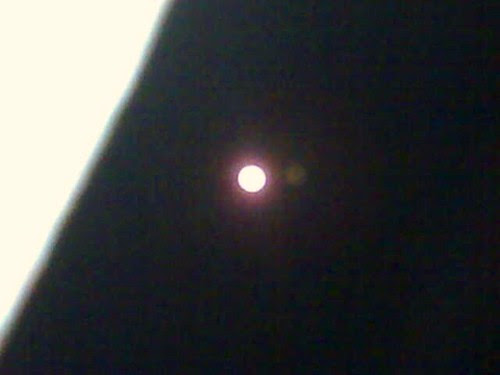 The Moon, as sighted via my humble Nokia N72 through the window of the rat infested Kongu Express.

Each day, I pray that I’m wrong…

But I know I’m right.