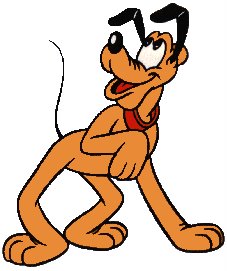 I was a sixth grader then and babes weren't yet on my list of interests. What caught my fancy instead was a scientific calculator that I spotted in a shop, and Dad bought it for me the very next morning. I was in love with mathematics all over again! It worked in many modes, my favorite being Stat (for Statistics). I was yet to get acquainted with the virtues of standard deviation and root mean square, but the calculator helped escalate my interest in this strange branch.

What I loved even more was Astronomy. And if you could provide me with statistical facts on stars and planets, I was on fire! Even my otherwise poor memory couldn't fail me on the numerical facts about heavenly objects. I created and pasted a chart on the wall that listed the the numerical facts about the nine planets and consulted them when in doubt. I especially loved verifying Kepler's laws of planetary motion, the 3rd being my favorite. raising the numbers to required powers was child's play with my calculator.

There was once a quiz contest held in our school. Though I wasn't a participant, the 'correct' answer declared by the quiz master (who happened to be one of my favorite teachers) when one of the participating teams failed to come up with the expected one perplexed me no end. The question was: Which is the smallest planet in the solar system? The team to which the question was posed correctly answered Pluto. I was stunned when the answer was shot down. The correct answer, it was declared, was Mercury. NO WAY! I couldn't be wrong on that. I spent the rest of the day in endless tumult. My friends couldn't shed much light on the anomaly. I was the leading light on the subject, how could I possibly consult others?!!

On reaching home after dispersal, I dashed straight for my trusted chart. There it was:

I was indeed right! I had to be! So the poor team had paid the price for the quizmaster's ignorance! What could have been the source of such misinformation? I was suspicious of my Geography book. I flipped through its pages and there was the culprit! Pluto's diameter was wrongly listed, making it larger than Mercury's. When Pluto was discovered in 1930, it was so distant that astronomers weren't too sure of its size. They, quiet erroneously, pegged it at a size greater than Mercury's (I don't remember the flawed figure). The flaw remained until it was corrected many years later, although the correction still happened long before our blessed Geography book was published! So why did the book list the wrong data? I flipped to the Publisher's Note which professed countless revisions, re-revisions and complete rewritings by the learned author. Then why was the glaring mistake still listed? Was our omniscient academician so intoxicated by continued royalty the wrong fact was fetching him that he didn't have the heart to set things right, lest his lucky stars should desert him?! Or did he firmly believe Mercury was the smallest planet and should remain so, come what may!

There were more mistakes in the book, one of them being about the Ionosphere. What was stated was so hilarious that it got Dad worked up enough. He set about setting the record straight, and failed. Even Concise Physics wrongly stated that the rising and setting Sun looks larger than normal because of refraction. Actually, it appears slightly smaller because of the refraction! It looks bigger only because of an optical illusion. But even these egregious flaws are dwarfed by some of the things today's kids have to digest. Lalu Prasad is painted as a great saint in history books in Bihar. Elsewhere, a donkey is declared as being better and more faithful companion than a wife. If that's not enough, poems like Twinkle Twinkle Little Star and Baa Baa Black Sheep are all set to be deleted from the primary school syllabus in Madhya Pradesh since the government deems them carrying an 'aura of Western culture.' Wow!

Coming back to our story, I was in two minds whether to confront the teacher with the comparative facts between Mercury & Pluto. I figured I would have to bring by precious books to school to prove my point. That was too much to ask from me, I loved my beloved books and wouldn't risk bringing them to school. What if my classmates wanted to borrow them? What if they tore or soiled the pages? What if...? The stakes were too high for me. I now realize how silly, paranoid and possessive I used to be then! Still, I should have done my bit in correcting the mistake.

So why am I recalling all this now? The International Astronomical Union (IAU) has today stripped Pluto of its status as a planet. Recent discoveries had necessitated the inclusion of a few more bodies as planets and apparently the community of astronomers decided that it was time to make the definition a little more stringent so that the continually discovered heavenly bodies didn't automatically qualify inclusion. A clever clause included to deliberately keep Pluto out (and to defeat future ambiguity) was that a planet must ' clear the neighbourhood around its orbit.' Pluto doesn't since its highly eccentric path criss-crosses Neptune's, thus sometimes bringing it closer to the Sun than the latter. In fact, some believe that Pluto may actually be an escaped satellite of Neptune.

Sigh, I feel sorry for the loss. Farewell, Pluto!

Addendum: Scientists at the conference of the IAU showed a soft side, waving plush toys of the Walt Disney character Pluto the dog — and insisting that Pluto's spirit will live on in the exciting discoveries yet to come.

Anonymous said…
I must admit, I was somewhat distraught over the sudden exclusion of Pluto from the planetary system. I've always had a certain fascination for the distant and mysterious planet. Alas, that which we call a rose, by any other name would smell as sweet:)
Friday, August 25, 2006 6:31:00 PM