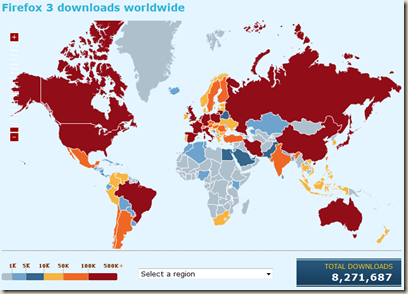 As it turns out, my personal copy of FF3 couldn’t have possibly contributed to the count. The official counting began well after I had downloaded FF from the Asian mirror because of a snag caused to the main site due to unprecedented traffic. The contribution of mirrors to the count was dubious anyway.

However, once the main site was up, I did download another copy, this time for Mani’s desktop. The poor chap’s battered machine is running on organs donated from Santosh’s desktop, which itself is currently languishing at a service center.

Downloaded FF3 in my office workstation too. However, I’m not sure if this count would show up against India or US. While some IP locators correctly place us in India, others point to the US.

Can you imagine Iran with more downloads than China? It’s highly unlikely. There’s something amiss.

Why bother? The campaign was a resounding success and I’m very happy with the way FF3 works. Opening tabs is a lot quicker than in IE7, download resumptions are supported and scrolling through Google Reader news items is effortless, unlike in IE7 where the task is mysteriously CPU intensive. 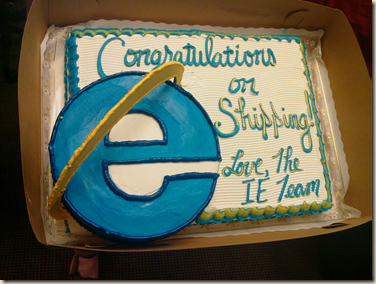