Why it means so much to me 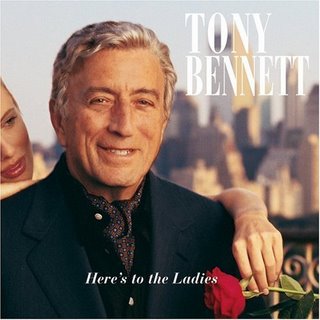 I’m almost as familiar with Willis Conover's voice as I am with Dad’s. Conover’s legendary Jazz Hour on VOA was a source of unfailing inspiration to people from all over the world and carried special significance to East-Europeans living under oppressive Socialist dictatorship. Jazz Hour was one of the subtler weapons used by the US administration to promulgate its Capitalist vision and the famed American Dream.

I had been listening to JH probably from the day I was born! I vividly recall Dad putting on the radio at around 7:30 pm on Saturdays. We waited excitedly for the valves to get heated as the tuner gradually hummed into life. The tuner knob would have to be adjusted to the precise location to pluck the right signals from the airwaves. This was no easy task as the wavelength (I forget its exact frequency since we located by the relative position of the pointer, not the absolute frequency) was heavily congested and we had a trying time reaching the precise position. All too often we found unwanted signals intruding into our listening pleasure. We would have to constantly keep adjusting the knob. I didn’t realize it then, but I now feel there was magic in this little forced ritual we had to break into every now and then!

Anyway, Dad’s work would sometimes deprive him of the opportunity to listen to JH. I guess it was circa 1995 when on one such JH, Dad had to work in the evening shift. There were many more JH’s he missed, but I guess this one was the costliest.

That same year, Tony Bennett had released an album titled ‘Here’s to the Ladies,’ a compilation of 18 vocal standards dedicated to 17 legendary female vocalists. This album went on to win the Grammy, although I don’t know under what category. Willis Conover dedicated the said JH to reviewing and playing selections form the album. I had never heard of Tony Bennett before, and I wasn’t really much of a fan of vocal Jazz. Jazz, to me, was only supposed to be entirely instrumental; no room for the voice here-I reasoned. That’s the idea Dad commonly held and I just found it convenient to imitate his!

Bennett proved me so wrong! Never had I heard vocal Jazz so mesmerizing, so paralyzing, so overwhelming, so Spartan and yet so out-of-the-world. I was held absolutely enchanted for the full hour as Conover’s baritone introduced the selections. I guess it was the most unforgettable musical experience I’ve ever had. I deeply regretted Dad missing out on music so beautiful. I remember waiting eagerly for him to arrive late that night. The wait seemed so long and unyielding! When Dad finally returned, I told him all about what had just transpired and also promising him to buy the CD some day. Dad shared my enthusiasm. We discussed Bennett so many times after that. Dad, unlike me, was well acquainted with Bennett and I got to learn a lot more about my new Jazz guru!

Conover had informed that the album was released under Columbia records, a Sony brand. I knew the chances that I would chance upon my dream CD were very slim primary because Columbia records were rarely available in India. Adding to my woes was the fact that Indians hardly had a taste for Jazz. Marketers knew this well enough and would perhaps never bother to import the CD here. I clung on to my hope and never gave up my search.

The search lasted 10 years! I had moved heaven and earth but couldn’t find it. Even Indian shopping sites failed me, though you could find enough of the likes of Michael Jackson & Britney Spears. It was then that I decided to give up on the chase and import the CD directly via Amazon along with a few more albums. The order was placed, but soon cancelled on account of a snag.

I visited Landmark @ The Forum yesterday, accompanied with Subashish. My customary stopover at Landmark is where the Jazz and Classical CD’s are kept, a place avoided by almost everyone else! I was browsing through the collection when I came across the section dedicated to Tony Bennett. At once my mind raced back to the incident that had happened 10 years ago. I didn’t really expect to come across the album I was looking for, since I had already browsed through it on innumerable occasions previously and hadn’t met any success.

Imagine how ecstatic I was when I finally got to see what must have been a divine sight: the album ‘Here’s to the Ladies’ neatly placed between others!!! There was no question what I had to do next: buy it! I could hardly wait, but wait I did since not browsing through the Classical albums was unimaginable. Guess what, I now came across 2 more albums (Beethoven's) that I was looking for for years! Ended up buying all the 3. Which one was the most precious? Now that’s a silly question to ask!

Willis Conover passed away in ’96.
Dad breathed his last in ’04.
Tony Bennett is luckily still with us.

My only regret is that though I’ve finally kept my word, Dad has once again missed listening to the album. And no matter how long I wait this time, he’s not coming back.
Dad, I’m so sorry for being late.

(I've been listening to 'Here's to the Ladies' as I write this testimonial. The music doesn't fail me, though the magic does. Not a fault of the album though.)