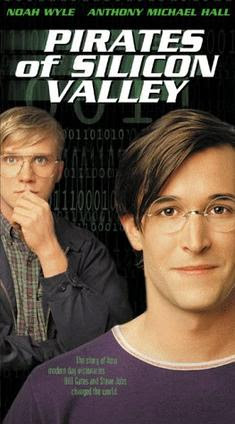 I generally hate history, but not when it comes to computers. I’ve been especially keen about operating systems and how they’ve shaped the high-tech industry.

For those with little or no knowledge about the antagonistic relationships shared between IBM, Microsoft and Apple, this movie is a must-watch. Though the IBM part of the picture has been considerably dwarfed to accentuate the other two, it in no way belittles the importance of Big Blue.

Well, I’ve never really liked the philosophy behind Apple, though it help us explore the possibility of seeing how tightly coupling hardware with software works. As it turns out, it works rather well. But I have a feeling that after a certain point, market dynamics no longer depend on technical brilliance, often it’s mass hysteria that sees you through the next chapter. This explains Apple’s cult following, its artistry in product innovation being fueled by the premium Apple charges on its products.

Here’s the irony to it all: I watched the movie on a Windows 7 machine connected to an iPod hosting it! To make things more interesting, I was downloading Kubuntu since GNOME gives me a bout of depression each time I load Linux!!!